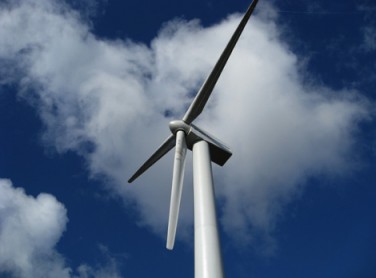 ISP becomes a Nett provider of Energy to the ‘Grid’

On October 19, 2009, OWC, an Illinois , USA based ISP became the first datacentre in the U.S. to become 100% on-site wind powered by switching its daily operations energy needs over to a Vestas V39-500 kW wind turbine.

The 100% self funded project is estimated to provide more than double the energy required by OWC’s operations.

The OWC wind turbine is projected to generate an estimated 1,250,000 kilowatt hours (kWh) per year – more than double the current energy requirements of all OWC operations, including its internet operations datacenter which includes OWC.net and FasterMac.net ISP and webhosting services – and enough energy, according to the U.S. Department of Energy, to power a typical U.S. suburban subdivision annually.

With peak wind conditions, the OWC wind turbine can generate more energy in a single week than what OWC’s operations require for an entire month. As the turbine transforms wind power into energy, the power travels into the OWC facility to the utility company’s metering device. After OWC draws off the power it needs, excess energy produced is sold back to the local power provider, thus making OWC a net supplier of sustainable energy to the McHenry County, IL, region in addition to being a provider of award winning technology to over one million Mac, PC, and iPod users around the world.

Whenever there isn’t adequate wind power generation, the local utility company will remain as the backup power source for OWC. Additionally, in the event of a combined wind and utility company power blackout, OWC has two additional on-site backup power systems so it can continue serving its customers without interruption.

Good For The Environment & The Bottom Line

The cost to install a wind turbine of OWC’s caliber is typically $1.25 million with a Return On Investment (ROI) of 100% within 10-14 years based upon a 25% front-end investment and current energy costs. The actual ROI recovery period can be reduced significantly as energy costs increase.

The entire project, which was 100% self-funded, was put into motion because of the conservational benefits, as well as the future cost of energy. With the 2009 kilowatt hour rate in the Chicago market up 24.3% since 1999, using a clean power source technology makes good sense for the environment and the bottom line.

OWC’s facility, with all of its energy saving technologies, is an ideal match for on-site wind power generation. The campus is designed to be vastly more efficient in resource utilization without sacrificing functionality. A Geo-thermal heating/cooling system circulates coolant through pipes that extend 200+ feet below the ground, where the temperature ranges between 47 to 54 degrees. Energy savings are achieved by eliminating the need to heat or cool the building depending on outside temperature extremes. This type of system, in place since the new facility opened, never required the use of natural gas or any external fuel type. Now, with the wind turbine online, OWC has become a true zero emissions facility, as well as an overall net producer of energy.