OK – Why have I crossed through entry level.

The old VNXe was an entry level box – from a price/function perspective. 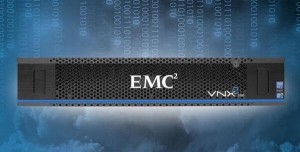 So whats different about the VNXe3200.

To me; It has almost the key features of the VNX 2 family.

This box could easily run the entire operations of many of our customers, and I don’t mean a small manufacturing firm in Kent, or a Legal firm in Hampshire.

This system would easily scale and drive the IOP requirements of a small NHS Hospital , and could easily meet the needs of some of the Legal firms we work with in the UK Legal Top 100 – to around the Top 40.

That is; The VNXe3200 would easily drive the requirements for:

We’ll come on to those configurations later.

In 2013, EMC rewrote part of the original EMC VNX code base to allow efficient multi-core operation of the the SAN’s ‘code’

A SAN needs to perform dozens of major functions and the VNX was able to make use of a few cores in a CPU architecture, but was not effective at using all cores in a single CPU or a multi CPU design.

IN 2013, the VNX2 (second revision of the EMC VNX introduced Multi- core capability_

Now, EMC could add ‘as many’ Intel CPUS as required to a SAN, and the many differing functions would effectively spread and load balance across the cores in the CPUS’ (eg functions such a IO, RAID Calculations, Tiering, DeDuplication, Bit Error Scanning etc etc)

This level of code has been introduced into the VNXe3200;

In this simple 2U package, you now have:

Plus, the simplicity of use the VNXe family has been known for

The IOP’s the VNXe3200 generates and total system throughput, puts this unit into the realms of:

In essence, we see the VNXe3200 as the ideal ‘new SAN’ for any business, that can either be scaled to a 500TB and 11,000 IOP system, or just as easily choose mutiple VNXe3200’s for job specific tasks.