When 50 Terabytes was considered a lot of Storage

When 50 Terabytes was considered a lot of Storage
Posted on August 27, 2016 in Blog
The following two tabs change content below. 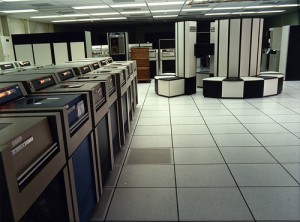 Parallel file systems have long been the domain of the HPC/Supercomputer set, characterised by applications running at academic and research institutes.

Wind the clock back five years and the smaller end of a HPC storage farm, might have been 50 Terabytes.

Today though, there are

In our daily client engagements, we find some of these businesses, still attempt to hold and run their ‘mass data’ on Tier 1 vendor storage, often where the price per Terabyte is 2,000 to 3,000 pound per Terabyte.

This is usually a hangover of a technology or vendor decision made 5 years ago.

There is no need to do this. Businesses need to find technologies that can deliver 50TB at prices ranging from 500 pound per Terabyte and DECREASING to charges approaching a few hundred pounds per TB for bulk purchases of +200TB.

Here are the options.

An increasing number of vendors have developed storage on the Solaris ZFS platform.

Some of these ZFS based storage systems are still open source, though some have been co-opted into commercially supported platforms such as:

To learn more about the practical offerings available one your needs exceed 50TB’s, contact us at CD-DataHouse Limited for an informal discussion.